Use the left dropdown to select a country (or "The Open") to color the map according to how each country's players perform in the selected country. Performance is measured in expected strokes better or worse per round than baseline (which includes any course history/fit model adjustments); a more detailed explanation of how we calculate these values can be found in this blog post (coming soon).

The second, righthand, dropdown adds the ability to split the data based on which tour a player is based in. For example, Justin Rose would be a PGA/KFT Tour-based Englishman, while Jordan Smith is based on the DP World Tour. This distinction may shed light on the degree to which each tour's courses, playing style, travel, etc. equip their members to perform globally.

Since The Open Championship is being played this week, it has been added to the first dropdown and can be interpreted as it's own country.
Scroll/drag to move around, click countries to auto-zoom, click the ocean to reset the map.
Highlight performance by country in:

players
-0.3
-0.15
0.0
+0.15
+0.3
Observations
The most notable insight from the map is that on average, DP World Tour players perform far better at The Open than PGA Tour players. American PGA Tour players play particularly poor at The Open (0.12 shots below baseline) while English (and South African to a lesser degree) DP World Tour players perform very well.
Despite growing up around Links courses, PGA Tour-based Englishmen and Scotsmen perform right around their baselines at The Open; this is in stark contrast to their DP World Tour-based counterparts who overachieve at The Open. Irish/Northern Irish players overperform regardless of the tour they're based in.
Moving away from The Open Championship... here are the 5 countries with the largest "home country advantage":
1. 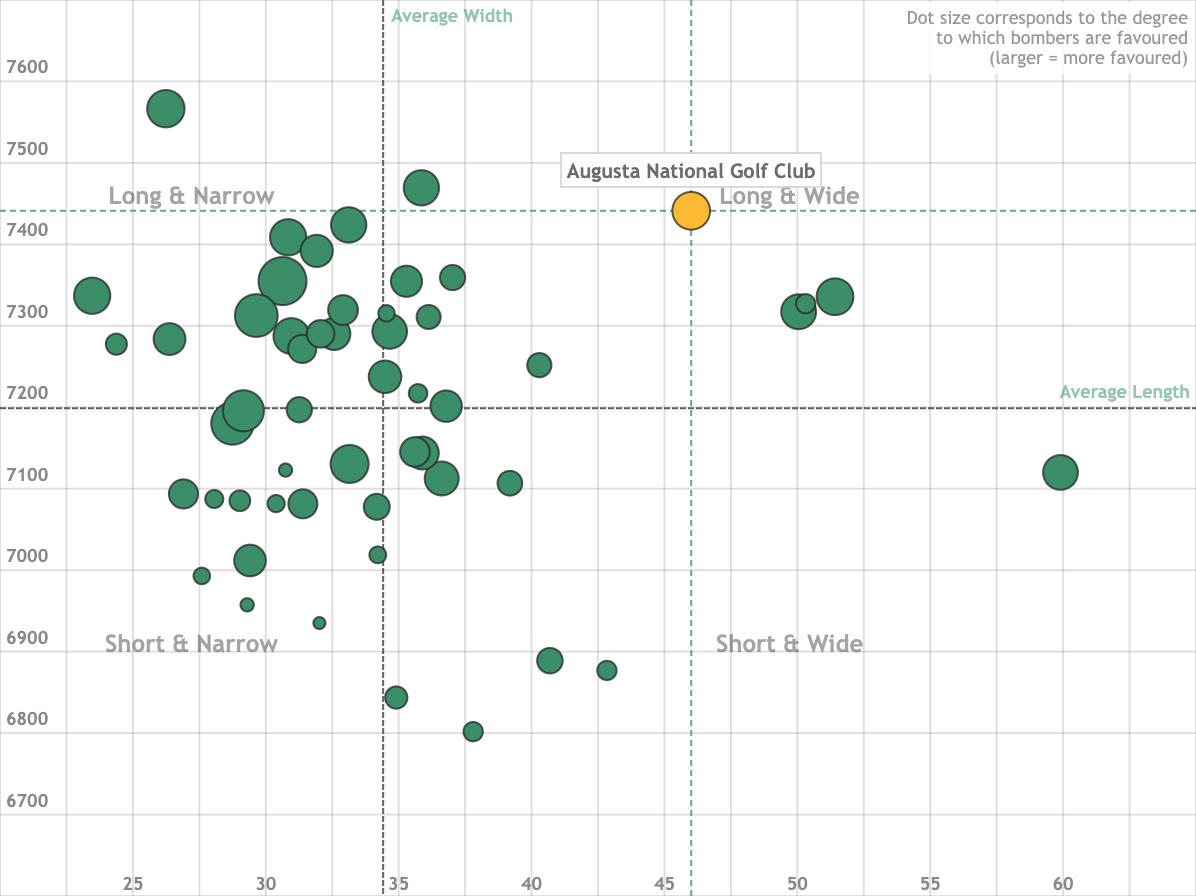 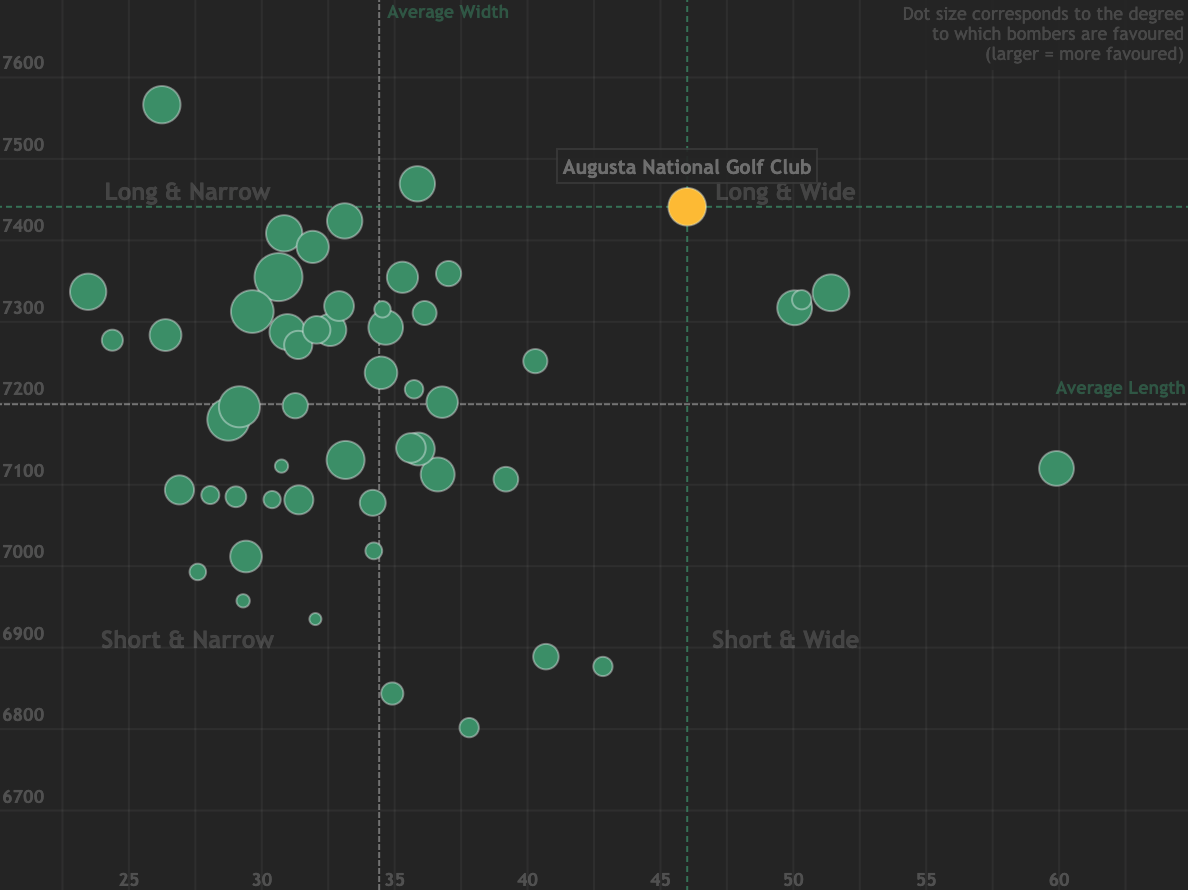 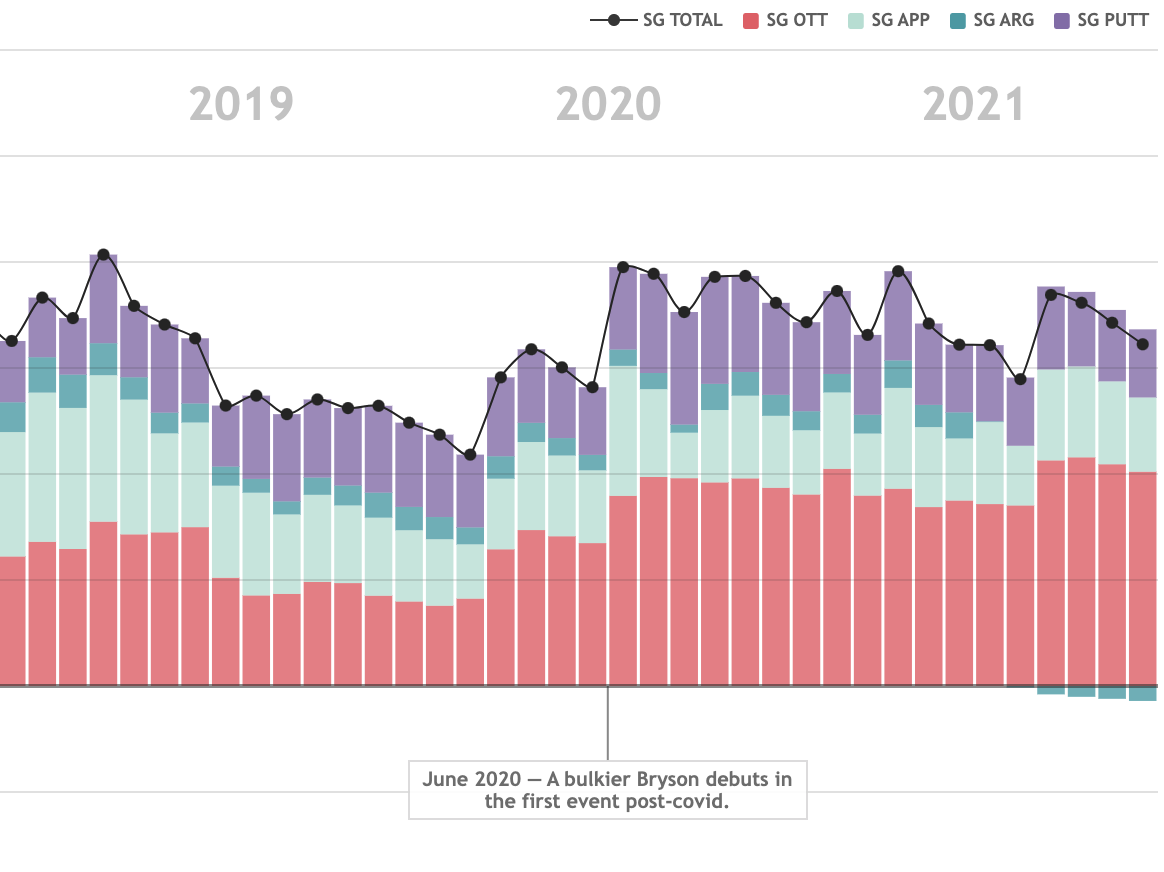 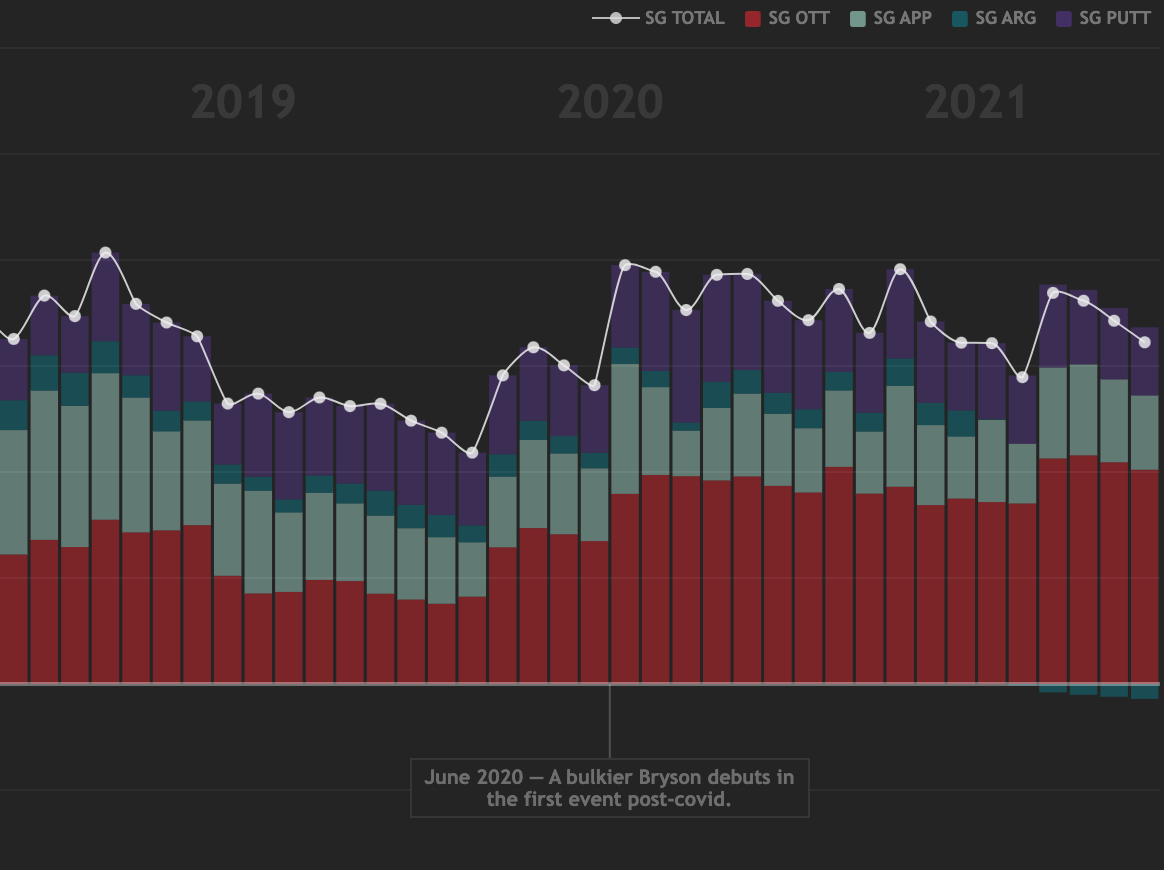 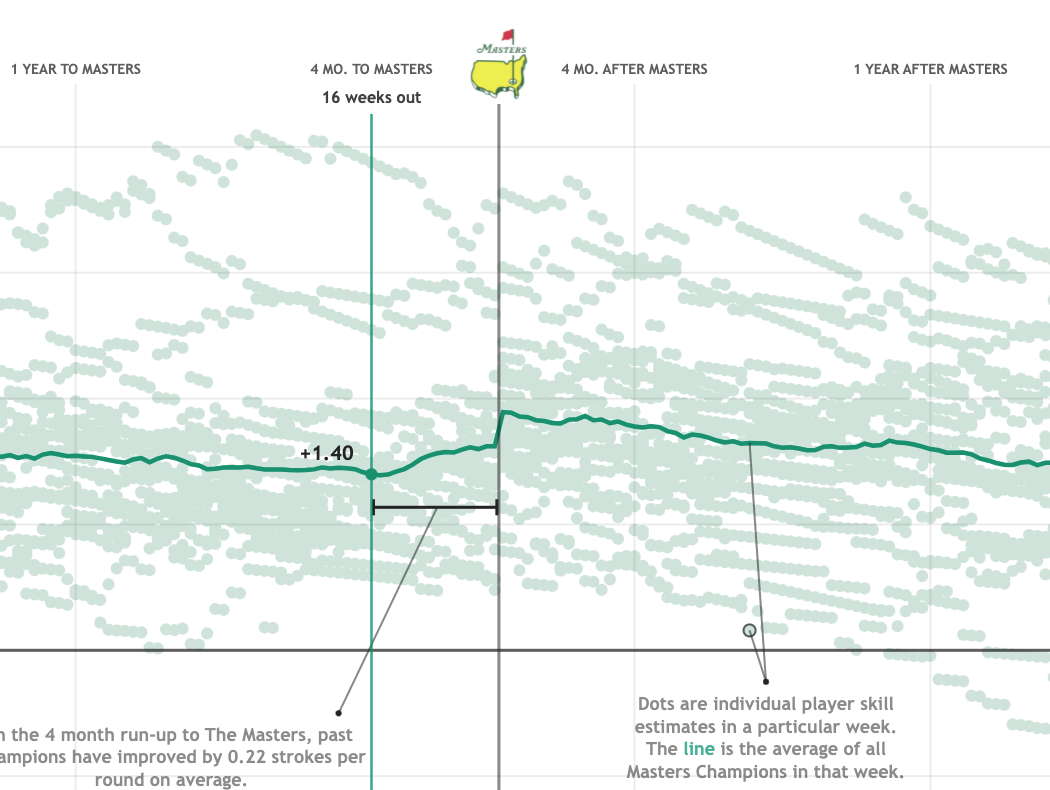 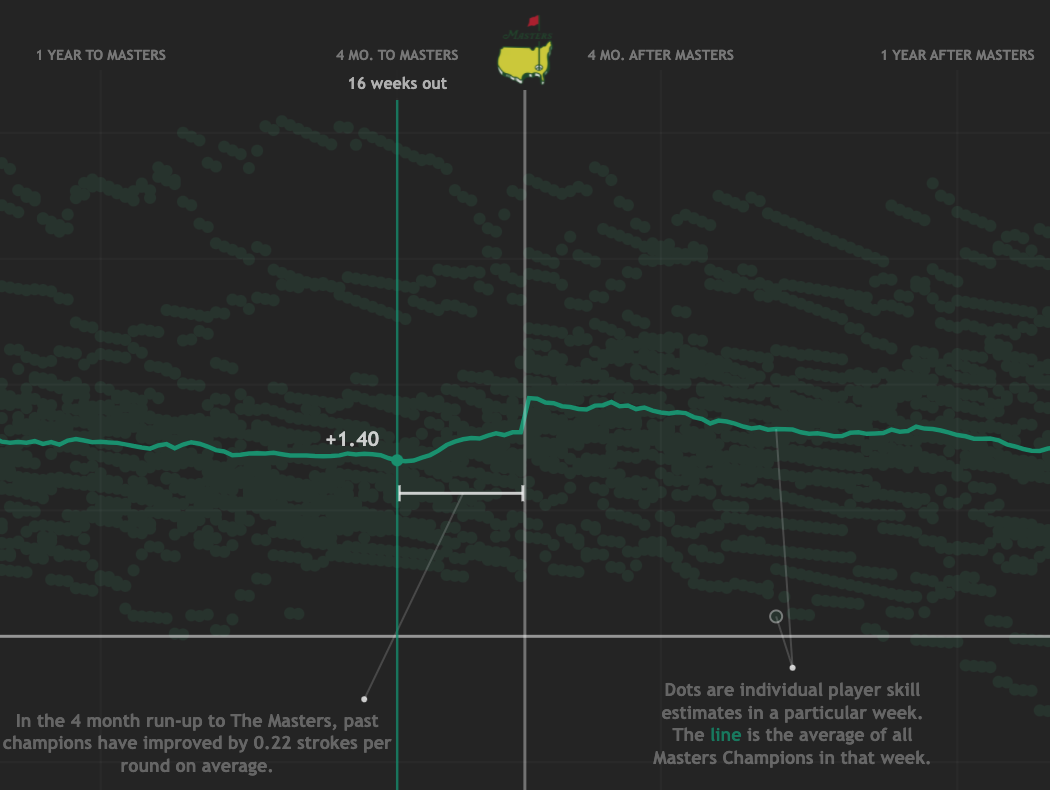 Who is walking the path of a Masters Champion?
Major Performers 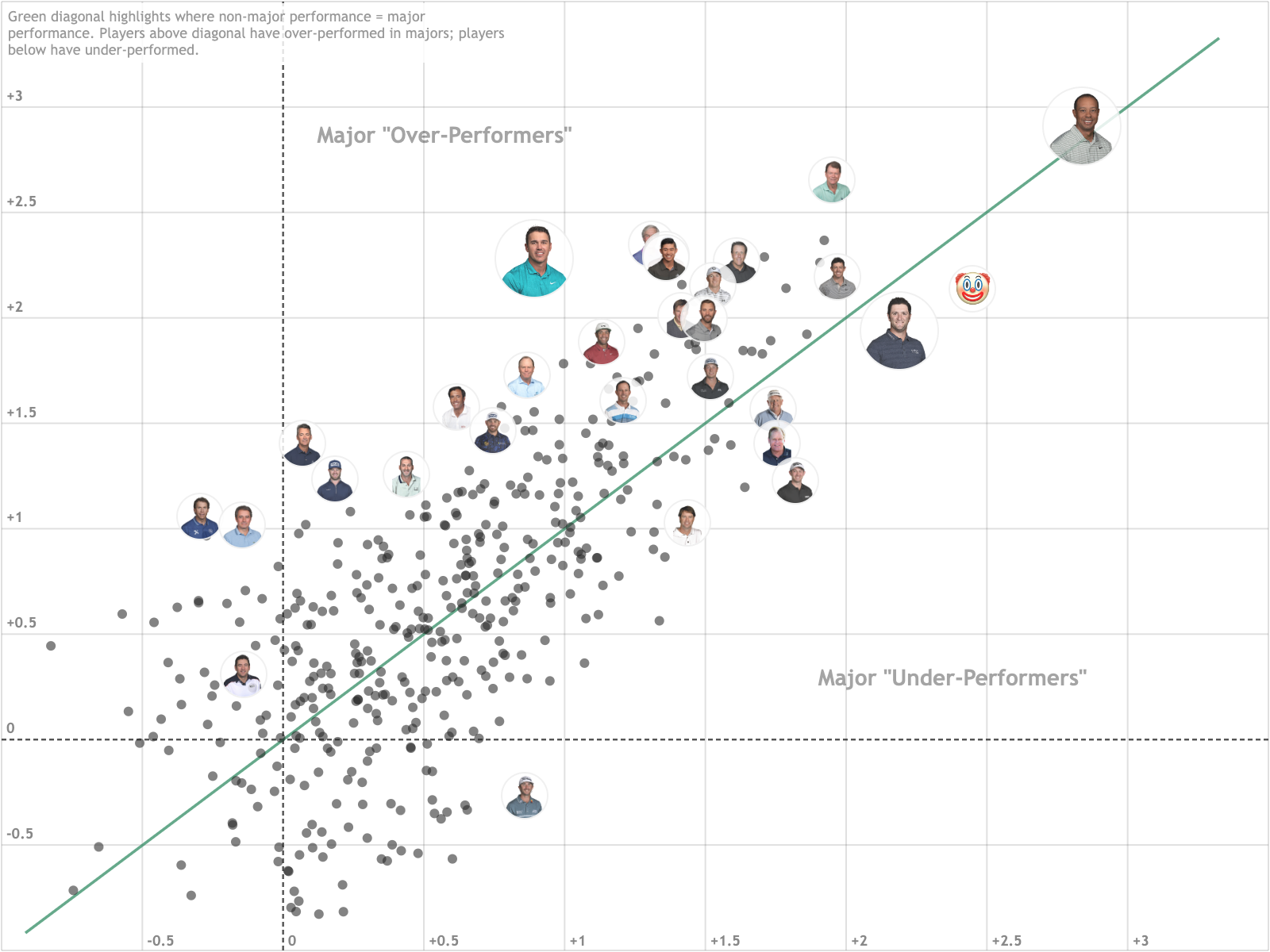 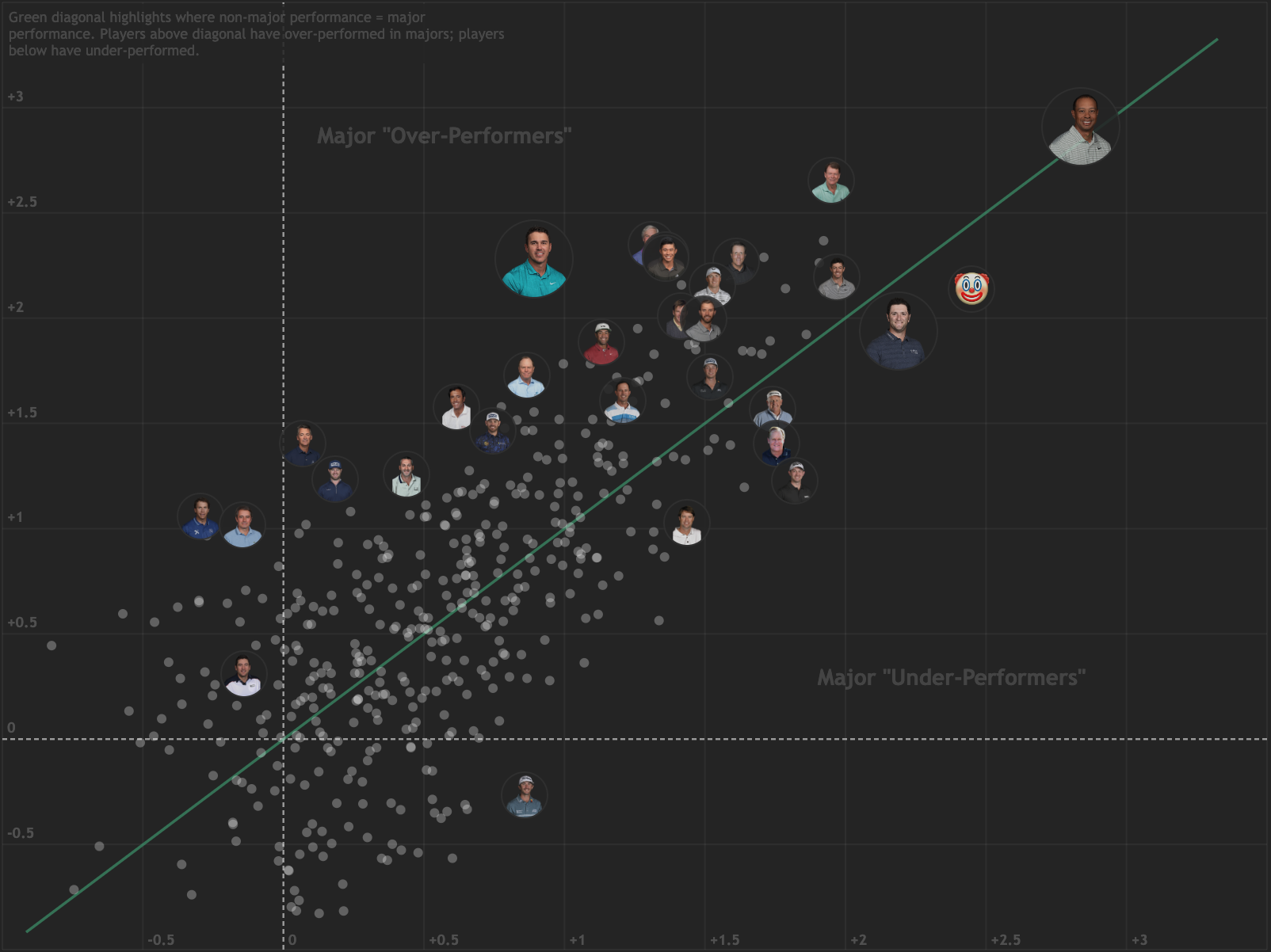 Who steps up their game most at Major Championships?
Performance Map 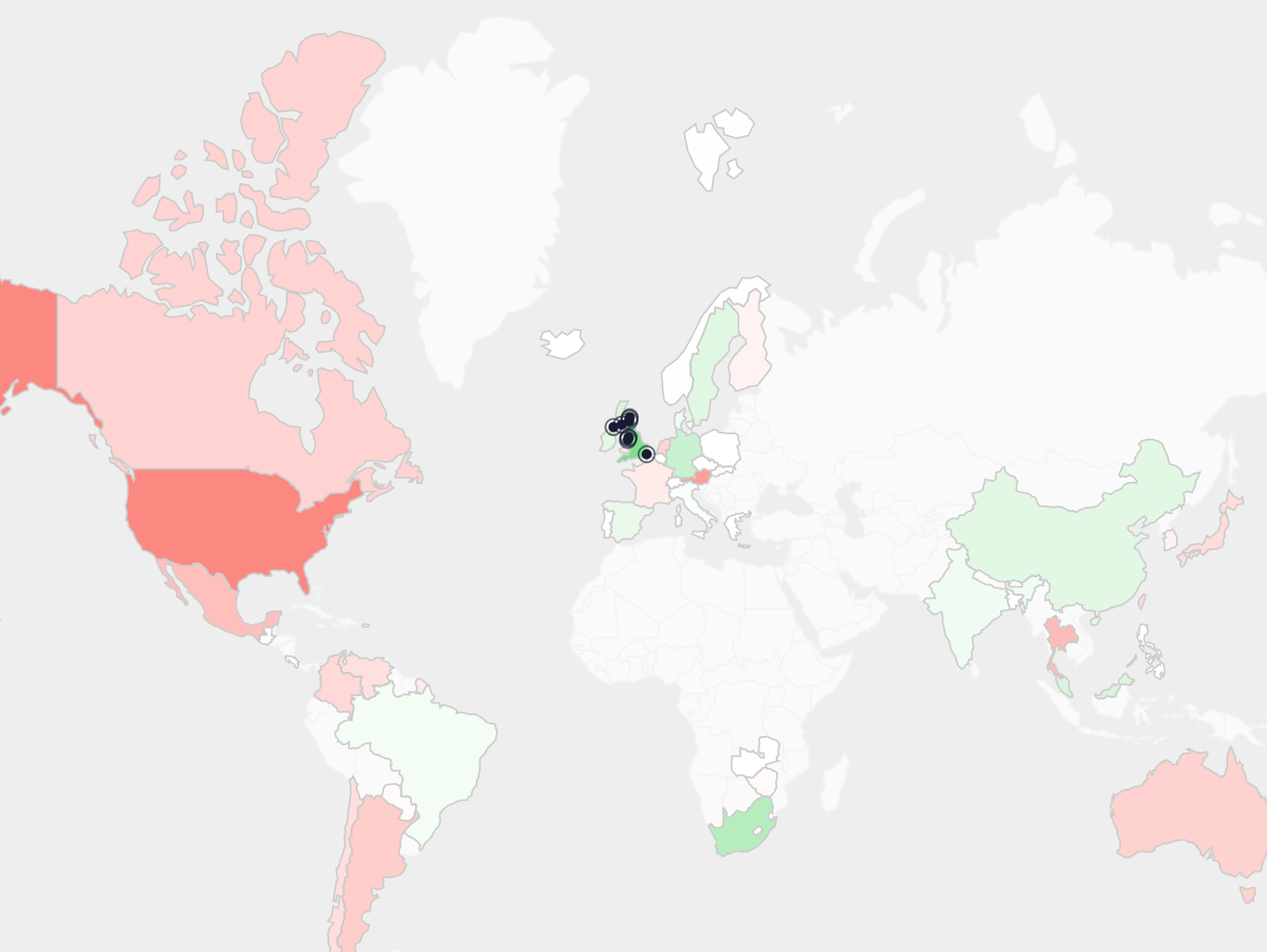 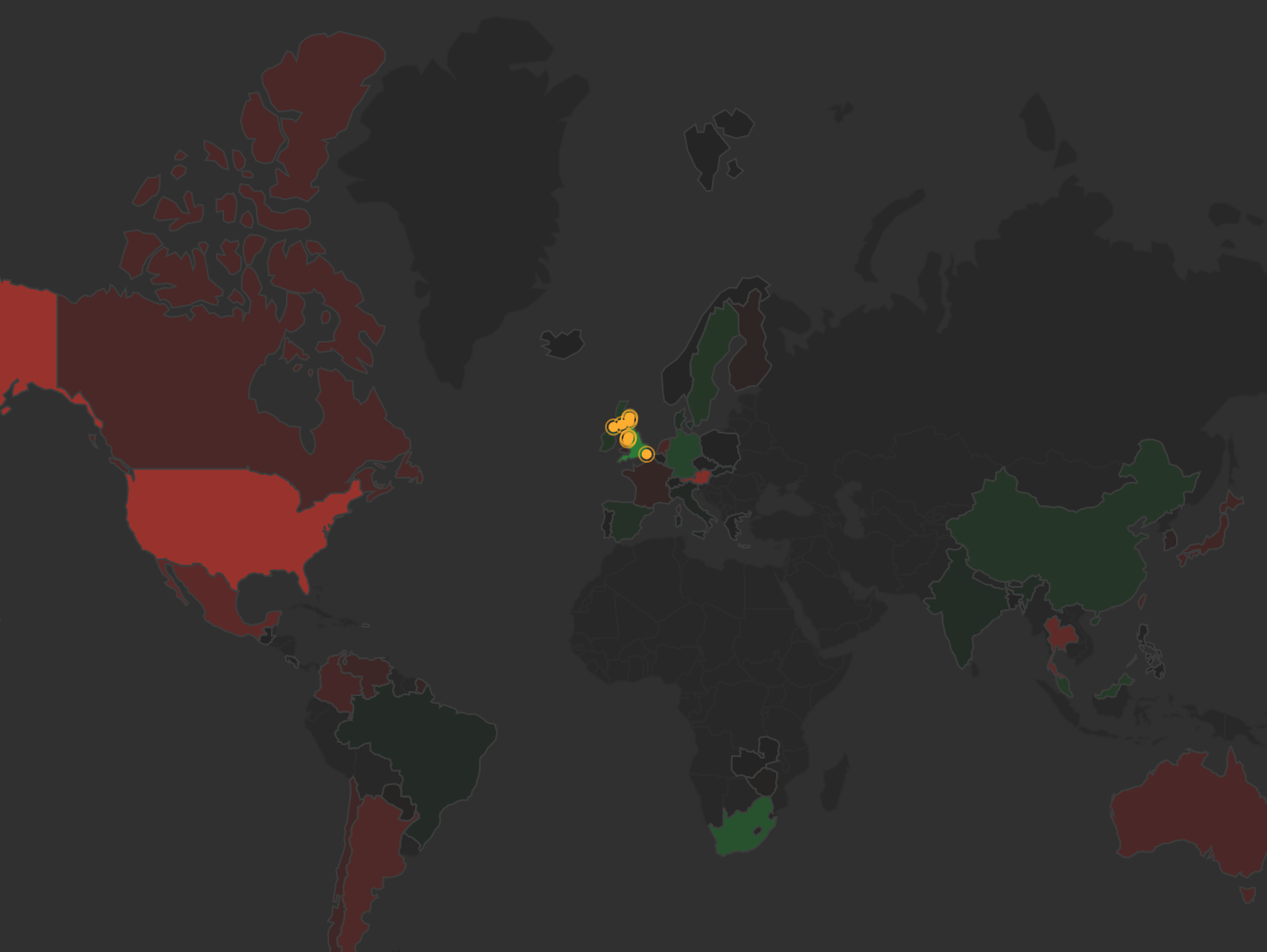 Visualizing how players from different countries perform around the world.
A Short-Lived Celebration 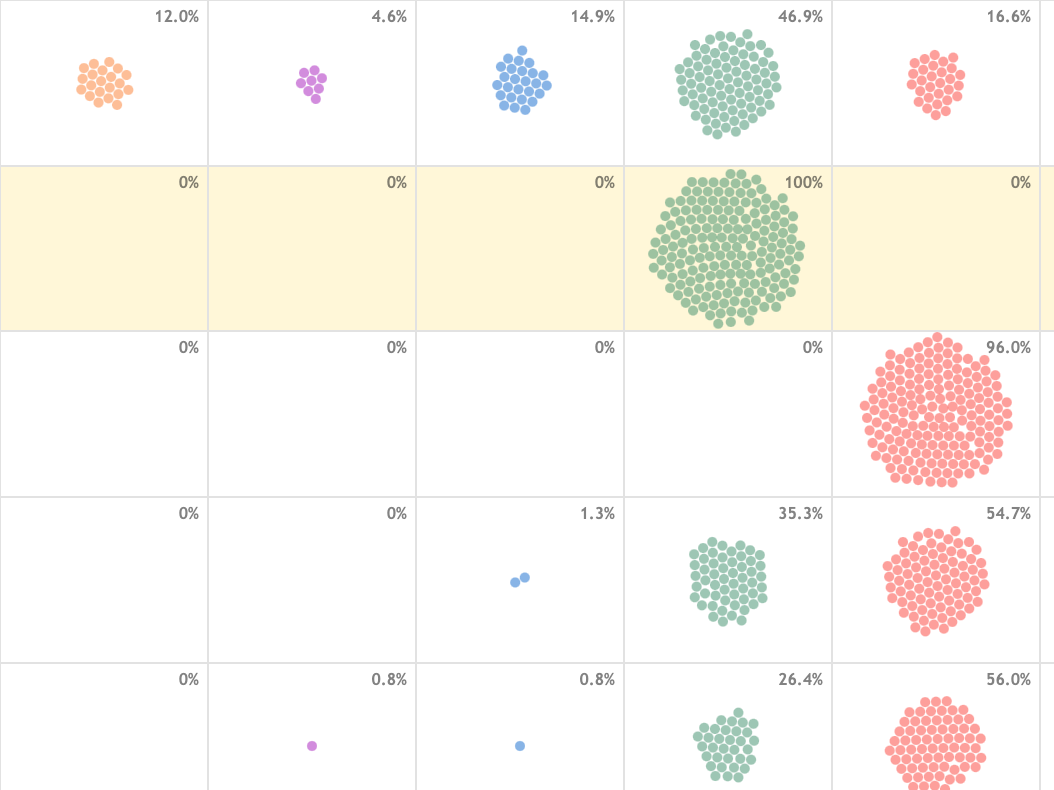 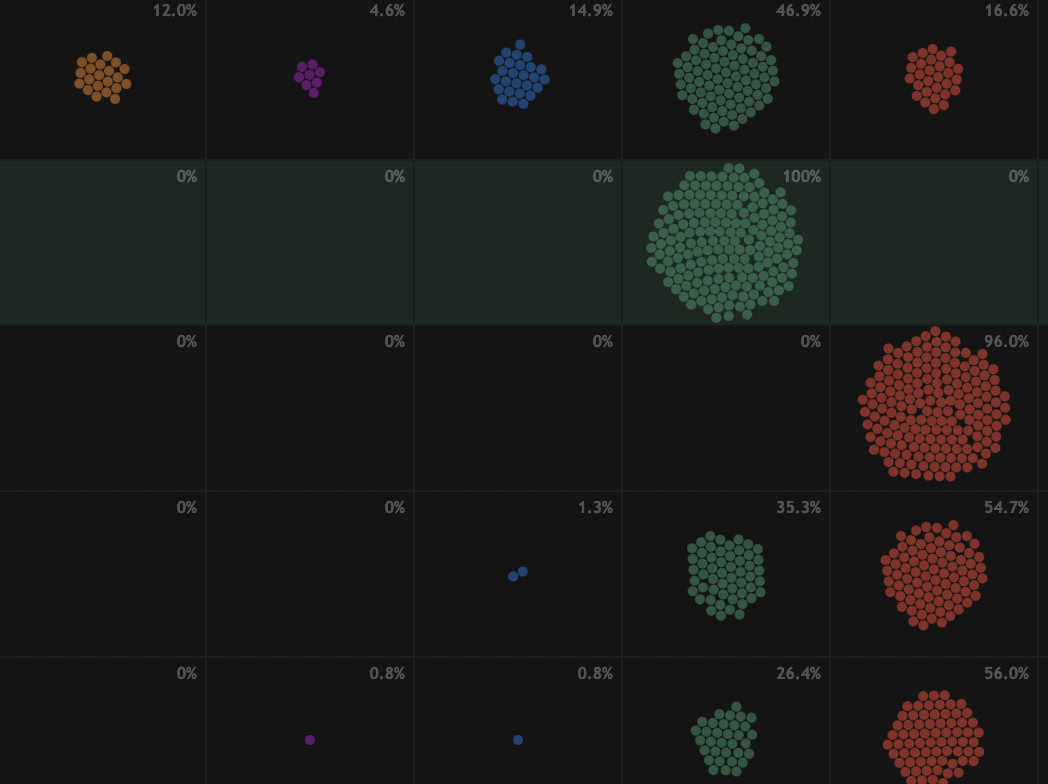